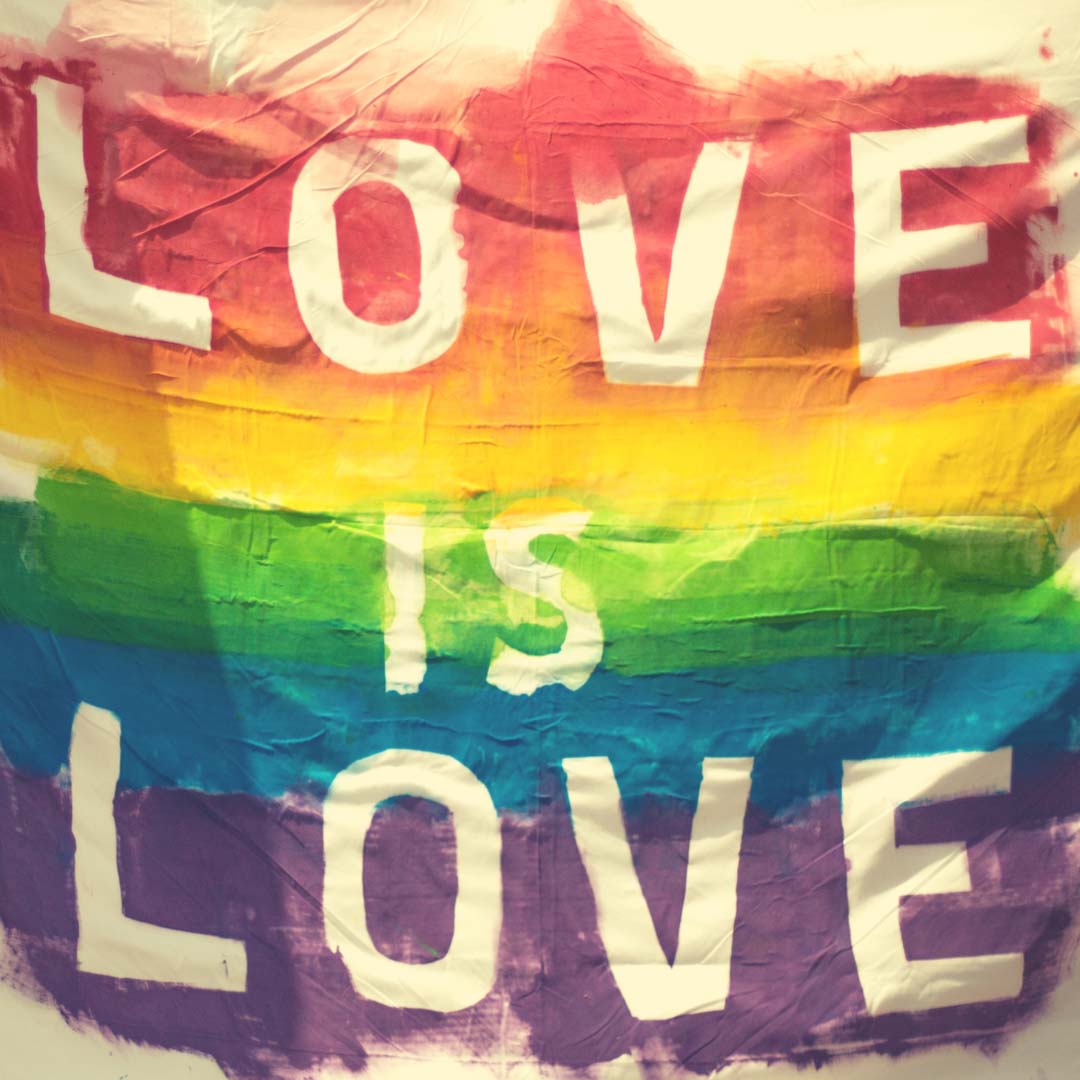 At the start of June, I began looking for a quote or an image that we could use to celebrate Pride on Take Root Therapy’s Instagram account. I wanted to find something meaningful and something that would speak to the many components of Pride, including intersectionality in the LGBTQIA+ community. I had a hard time finding something that was just right, but I realized that there were images celebrating Pride all around me. Almost every storefront had a rainbow flag in the window or images of queer couples embracing… even my meal delivery service included an image of fruits and vegetables sorted by color with text that says, “Celebrate the Rainbow.”

While a part of me wonders about these companies’ motivations in their advertising (Are they really allies to the LGBTQIA+ community? Or are we a demographic they’d like to capture for their business?), it feels good to see so many queer images around us during Pride month. The celebratory photographs, advertisements, and flags encourage folks to embrace different parts of themselves.

We know that this type of representation is important. Research shows that when we don’t see ourselves represented in media, it negatively impacts our sense of self. It makes us assume that, since we’re not important enough to be depicted in media, we don’t count, and worse yet, that we are less than and that there’s something wrong with us.

And how does it feel when we are represented (and represented well)? When we see ourselves in media, it affirms our sense of identity and self-worth! It also allows other people outside of underrepresented communities to understand and grasp more about who frequently “othered” people are. This means that there’s a spike in mental wellness for queer folks during Pride month: that’s when we feel the most seen.

Representation is a victory. The first time I ever saw two women holding hands and kissing was at my first concert, Lilith Fair, when I was 12 years old. I remember being in awe of the women I saw, and recognizing myself in them. Although it took me a few more years to embrace my own identity as a bisexual woman, I remember that experience being instrumental in the process. It was validating to have at least one image to identify with, and I only wish that I had been exposed to all the images that I see now, back when I was an insecure teenager.

An increase in representation during Pride month helps us feel valid and seen, and affirms our self-worth. But I have to wonder, what about the other 11 months of the year? The LGBTQIA+ community and other marginalized communities would benefit from, and deserve, more widespread representation year-round, not just during Pride. Our society and the media still have a lot of work to do.

In the meantime, we are conscious of the potential positive impacts of representation, including the impact on mental health. Are there parts of you that you don’t see represented in mainstream media? Can you imagine how you could benefit if you were to see reflections of these parts in store windows and in magazines daily, and not just on rare occasions?

We can certainly do our best to influence the media to continue to celebrate more diverse voices and images. In the meantime, I wonder what else we can do to increase representation in our daily lives to support those parts of us that are not acknowledged in the mainstream media. I encourage clients from diverse cultural backgrounds to create their own celebratory “magazines,” that include images that empower and promote self-love.

Taken further, I encourage clients (and myself) to be more intentional about the media we consume. Intentionally consuming TV shows, books, movies, and images that reflect different sides of us, and that make us feel good, can make a significant difference. Doing this may take us one step forward towards feeling pride every day.